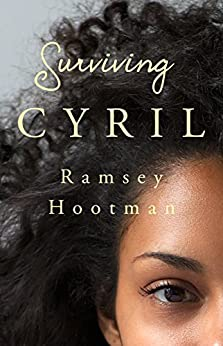 Misery loves company—just not his.

When Robin Matheson's husband is killed in Afghanistan, she finds herself suddenly alone: an outsider in a community grieving for the hometown hero it never really knew. Though the thought of spending the rest of her life without Tavis is exhausting, Robin has no choice but to pull herself together for the sake of their son. She finds some satisfaction in cutting ties with Tav's obnoxious best friend, Cyril—a 500-pound hacker who didn't even bother to come to the funeral.

Unfortunately, her three-year-old decides Cyril is now his best buddy, and Robin can't bear to take anything else away from her son. A few hot dogs and video games won't do any permanent damage... right?

Cyril doesn't magically transform into a good person—or even a decent one—but he does prove to be a better role model than Robin expected. Gradually, she also begins to realize that Cyril may be the one person who truly understands the magnitude of her loss.

He also knows far more about her husband's death than he's been letting on.

Ramsey Hootman's trademark blend of humor and heart shines in this offbeat tale of love, loss, and exasperation—guaranteed to leave you breathless at the end.