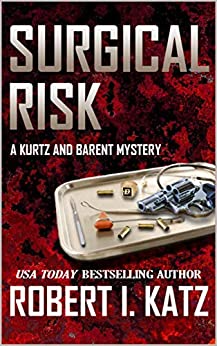 Do you love a hero who pulls no punches and never gives up?Richard Kurtz has a reputation as a tough guy, a reputation that he considers absurd, despite the 300 pound biker on a drug induced rampage who Kurtz recently knocked out in the ER. Kurtz is a surgeon, a good surgeon, if he does say so himself (which he does, despite the old joke about how if you ask a surgeon to name the three best surgeons in the world, he'll have trouble thinking of the other two). He has a luxury apartment on the East side, a good-looking girlfriend and a busy practice.>>>A surgeon pulled into a world of murder, betrayal and vengeanceKurtz demands the best, from himself, from his colleagues and from his residents, and he never runs from a fight. So when former girlfriend Sharon Lee is found strangled in a hospital call room, Kurtz cannot resist getting involved...and along with police detective Lew Barent, he soon finds himself embroiled in a twisted tale of murder, betrayal and brutal revenge.Scroll Up and Grab Your Copy Today!