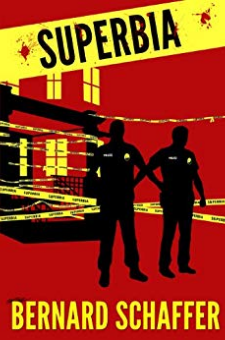 The Most Dangerous Police Book Ever Written... After Frank O'Ryan gets shot, his first assignment is working with the most disliked man in his police department, Detective Vic Ajax. Ajax isn't like the other cops. He doesn't like them and they don't like him. He hunts drug dealers and pedophiles. Now, Frank will enter a world where being real police means laying so much of your soul on the line, you might not make it out. But as Vic explains, if it keeps a little girl from having to testify about what some monster did to her, it's worth it. Together, they'll resort to any means necessary to take down the scumbags, even if it means employing the interrogative services of a man in a six-foot bunny costume called The Truth Rabbit. Readers the world over have called Superbia's author the 21st Century Ed McBain novel and the successor to Joseph Wambaugh. Both a best-selling author and career police officer, Bernard Schaffer's experience in patrol, narcotics, and investigations has filled the pages with a degree of accuracy and bold, raw, truth that cannot be found in any other work of literature. Often compared to The Wire, the Superbia books have been called the "Most subversive" account of law enforcement since Serpico.