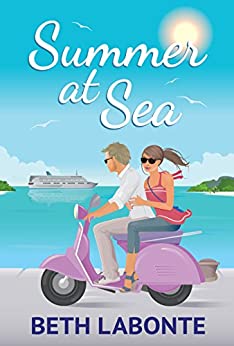 ** A 2017 Readers' Favorite Book Award Winner**
Four jackets of varying weights, enough socks for the entire Confederate Army, three umbrellas, most of the antacid aisle from the local pharmacy, and six pairs of old people sneakers that all look exactly the same.

Have you ever helped your parents pack for a weeklong cruise?

So begins vacation for Summer Hartwell - twenty-six years old, living with her anxiety-ridden parents, and unwillingly booked by her brother on a weeklong cruise to Bermuda. Despite the nightmare of being trapped aboard a cruise ship with Mom and Dad, Summer sees a rare opportunity to fulfill The Prophecy – her mother’s declaration that she will live at home until she gets married. With two thousand passengers onboard, at least one of them must be husband material, right?

The only problem is Graham Blenderman – her brother’s best friend who is joining them for the week, in all of his tall, blonde, extroverted glory. Graham doesn’t believe Summer needs a husband in order to break free from her parents. He thinks she just needs a little bit of nerve. And to Summer’s introverted horror, he’s willing to spend the entire week proving that he’s right.