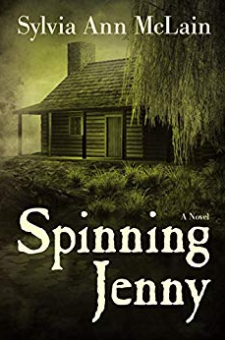 Book One of the Spinning Jenny series."I guess I'll name you Jenny, something I can say easy. That was my mammy's name, anyway. Jenny. You be Jenny from now on..."Cornelius Carson's mother cautioned him never to own slaves, but in 1830s Louisiana, land and slaves are proof of a man's worth. At 23 Cornelius is ambitious, and in love. He owns one elderly slave, Malachi, and a small cotton farm along Bayou Cocodrie. And he plans to marry Stephanie Coqterre, daughter of a wealthy Natchez planter. He needs another field-hand, but prices are high. So when a trader brings a coffle of smuggled slaves to Natchez, Cornelius buys a 10-year-old girl. She is mute and nameless, but she's all he can afford. He names her Jenny. It quickly becomes apparent that Jenny will change life on the Cocodrie as much as it changes her. The winds of ambition are blowing everywhere, both among the whites, who strive for wealth and status, and among the slaves, who yearn for freedom. But dangers are everywhere, too. As madness and treachery reach from Natchez to the Cocodrie to blast all their dreams, Cornelius struggles to find a way to salvage his life and the lives of Jenny and Malachi as well.