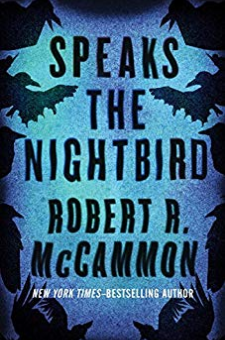 Murder sparks witchcraft hysteria in this “thoughtful” and “entertaining” seventeenth-century historical mystery from a New York Times–bestselling author (Stephen King). It’s 1699 in the coastal settlement of Fount Royal in the Carolinas when Rachel Howarth is sentenced to be hanged as a witch. She’s been accused of murder, deviltry, and blasphemous sexual congress, and the beleaguered, God-fearing colonial village wants her dead. But Matthew Corbett, young clerk to the traveling magistrate summoned to Fount Royal to weigh the accusations, soon finds himself persuaded in favor of the beguiling young widow.   Struck first by her beauty, Matthew believes Rachel to be too dignified, courageous, and intelligent for such obscene charges. The testimony against her is fanatical and unreliable. Clues to the crimes seem too convenient and contrived. A number of her accusers appear to gain by her execution. And, if Rachel is a witch, why hasn’t she used her powers to fly away from the gaol on the wings of a nightbird?   God and Satan are indeed at war. Something really is happening in the newly established settlement—of that Corbett is certain. As his investigation draws him into the darkness of a town gone mad, and deeper into its many secrets, Corbett realizes that time is running out for him, for Rachel, and for the hope that good could possibly win out over evil in Fount Royal.   From the award-winning author of Boy’s Life and Gone South, Speaks the Nightbird is an “absorbing historical mystery” (Publishers Weekly).