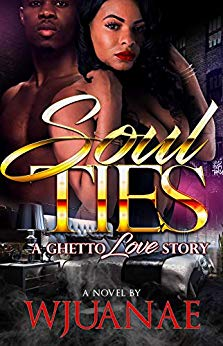 True love and loyalty is hard to come by. Chance McKnight and Nina Singleton have just that. Nina, a multifaceted beauty, and Chance, an ambitious hustler, are two lovers from Charlotte, NC whose souls aligned at a young age. Together, the two amassed five million dollars of dirty money over the years and finally set their sights on beginning a new life in Atlanta. The day of their move the couple is ambushed by a foe from their past. Dire circumstances compel Nina to start a new life in Atlanta without Chance by her side. Nina meets a mysteriously handsome stranger, Yasin, who takes a quick interest in her. A few months later, the same enemy from Nina's past threatens her life and she is rescued by the person she least expects, Chance. Secrets and lies tear Nina and Chance apart yet again, ultimately forcing them to part ways. Nina remains in Atlanta and begins a family of her own while Chance sets up shop in Miami where a bigger threat, unbeknownst to him, lurks. Two years later, Nina shows up on Chance's doorstep with a secret that will not only reunite the two lovers, but also put a target on their back, who will not stop until the empire Nina and Chance built is destroyed. This is a story of love, loyalty, and betrayal. Will Chance and Nina be able to escape this web of deceit unscathed? Will their love be able to withstand yet another trying test or will they watch everything they love and built crumble before them?