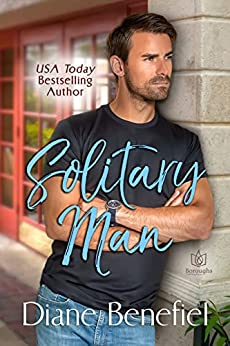 On a battlefield in Afghanistan, Sgt. Ryder Bronson makes an oath to protect his dying friend’s wife from a rogue cop—and from the passion that will threaten to overwhelm them both.

After surviving a deadly Taliban attack on his unit, Sgt. Ryder Bronson returns home to fulfill a promise—to keep his dead friend’s wife safe from a scandal so dark that it threatens her life. But protecting her from a distance is essential. To be in close contact with Brenna McMurtrey means fighting the guilt and desire waiting to destroy him. Being honest with her would reveal more than his heart can bear.

Over a year after the death of her husband, Brenna is finally ready to move on. Yet, just as she begins to push past the grief and start living again, danger rises at every turn. Several close calls prove she is the target of a sinister scheme. Nowhere is safe, especially not home. Her next-door neighbor appears to be watching her, a handsome if bad-tempered stranger who seems everywhere at once—and whose gray eyes hold an ocean of tragedy. Even if he is capable of protecting her, a part of Brenna will still be in jeopardy. The part that believes she can never love again. Read more