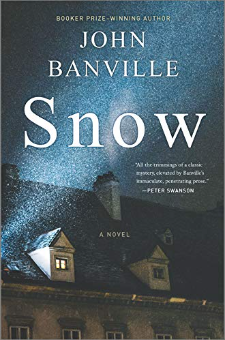 Give the gift of reading this holiday season!*NATIONAL BESTSELLER*A Globe and Mail Best Book of the YearA New York Times Editors’ Choice Pick“Banville sets up and then deftly demolishes the Agatha Christie format…superbly rich and sophisticated.”—New York Times Book Review The incomparable Booker Prize winner’s next great crime novel—the story of a family whose secrets resurface when a parish priest is found murdered in their ancestral homeDetective Inspector St. John Strafford has been summoned to County Wexford to investigate a murder. A parish priest has been found dead in Ballyglass House, the family seat of the aristocratic, secretive Osborne family.The year is 1957 and the Catholic Church rules Ireland with an iron fist. Strafford—flinty, visibly Protestant and determined to identify the murderer—faces obstruction at every turn, from the heavily accumulating snow to the culture of silence in the tight-knit community he begins to investigate.As he delves further, he learns the Osbornes are not at all what they seem. And when his own deputy goes missing, Strafford must work to unravel the ever-expanding mystery before the community’s secrets, like the snowfall itself, threaten to obliterate everything.Beautifully crafted, darkly evocative and pulsing with suspense, Snow is “the Irish master” (New Yorker) John Banville at his page-turning best.