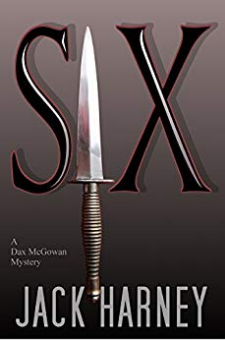 One of Dax McGowan's closest friends, Lieutenant Janet Meehan of the Special Victims Unit seeks his help in capturing a serial killer who is murdering nuns in one of the poorest areas of the Bronx, but only those nuns who still wear the old-fashioned veiled habits. While his tyrannical boss, Police Commissioner, Jeremiah Gallagher, has commanded him to drop everything to investigate a personal matter, Dax owes Janet big for all the work she did last year helping him track down the pedophile priest that caused his daughter, Grace, to commit suicide. He won't refuse her request. This new serial killer presents a profile that fits more than one possible suspect, and unfortunately exposes Dax's single most dominant weakness as a detective. How he eventually navigates the maze this case presents leads to an ending many readers have said prevented them from putting the book down, even until the wee hours of the morning.