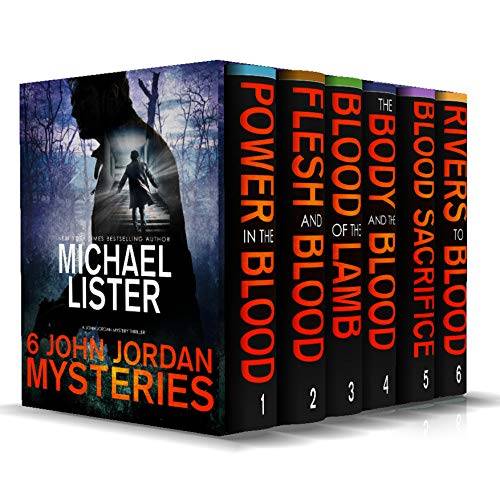 A missing mom and a suspicious death force a reluctant detective out of self-imposed exile in these fast-paced mystery thrillers. Six novels in the critically-acclaimed John Jordan series from award-winning and New York Times bestselling author Michael Lister. Includes a Special Introduction by Michael Connelly *For a limited time the entire John Jordan mystery thriller series is on sale! Get the entire 23 book series at a greatly discounted price! POWER IN THE BLOOD Detective John Jordan thought he had put murder investigation behind him for good -- his own good. Leaving Atlanta, he returns to Florida in search of the serenity that has so long eluded him. Until he witnesses the shocking and bizarre death of an inmate in state prison custody and is asked to find a missing mom by her young children. John realizes he can't run from his true calling any longer. Now he must determine if the suspicious death he witnessed is murder, accident, or suicide and what really happened to Candace Miles on the night she vanished off the face of the earth -- even if it costs him his life to do so. Start reading this exciting, stand-alone whodunit today and see why millions of readers adore John Jordan. FLESH AND BLOOD How do you handle things you can't explain or understand? John Jordan is back -- investigating eternal mysteries woven into the fabric of everyday life. Within the confines of seemingly ordinary cases, John explores the ineffable and inexplicable, the profoundly mysterious within the mundane. As John investigates these diverse, compelling cases, and battles depression and alcoholism, he becomes the prime suspect in a murder investigation. BLOOD OF THE LAMB What if you couldn't protect the vulnerable, innocent young girl in your care? Old ghosts resurface to haunt detective John Jordan when a vulnerable young girl he's trying to protect is murdered in what seems an impossible manner. John Jordan's search for serenity is interrupted by the unimaginable murder of Nicole Caldwell, the adopted daughter of televangelist Bobby Earl Caldwell. The inconceivable murder is committed inside John's own locked office while he's trying to protect her. The thrilling investigation leads John down some dark paths, but as he closes in on the killer, he becomes a target himself. Can John survive long enough to get justice for Nicole? THE BODY AND THE BLOOD Could you betray yourself for someone you love? Can John solve an impossible murder committed in a locked cell right before his very eyes? Will he be willing to once he learns the price he'll have to pay? BLOOD SACRIFICE Do you beleive demon posession could lead to murder? Was the troubled young Tammy Taylor a victim of an exorcism gone horribly wrong or cold-blooded murder? John Jordan must exorcise his own demons to find out. RIVERS TO BLOOD Would you risk your life to save a family member even if you knew they had committed a serious crime? What do a daring prison escape and a shocking lynching have in common? Only the inimitable John Jordan can figure it out!