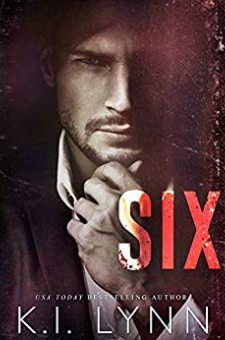 I had a one-night stand. It wasn’t my first, but it would be my last.A gun to the head.A trained killer.A deadly conspiracy.Kidnapped and on the run, my life and death is in the hands of a sadist captor who happens to be my one-night stand. Armed with countless weapons, money, and new identities, the man I call Six drags me around the world.The manhunt is on and Six is the next target. Can we find out who is killing off the Cleaners before they find us?Two down, seven to go.When it’s all over he’ll finish the job that dropped him into my life, and end it.Stockholm Syndrome meets bucket list, and the question of what would you do to live before you died. The questions aren’t always answered in black and white. Gray becomes the norm as my morals are tested.Death is a tragedy, and I’ll do anything to stay alive.Are you ready for the last ride of your life? Six has a gun to your head—what would you do?This isn’t a love story.It’s a death story.**Due to the dark and explicit nature of this book, it is recommended for mature audiences only as some scenes may be particularly disturbing.**