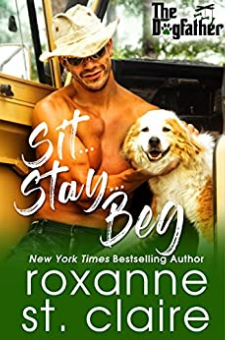 Book One in a Complete Series for Romance Readers Who Love Dogs!Garrett Kilcannon, a former dot com super-success who now devotes his life to rescuing dogs and finding them homes, prefers to keep his secrets buried as deep as a dog hides his bone. So when he learns his father has invited a journalist to Waterford Farm to write and produce an in-depth profile on him, he doesn't care that she's a childhood friend or drop-dead gorgeous. He has zero tolerance for the media...until she manages to break down the walls of a rescue dog who's refusing to eat. Unwillingly charmed and undeniably attracted, Garrett agrees to the interview that could break down a few of his emotional walls, too. Garrett might not want to share the story of his colorful former life, but Jessie Curtis has the skills to peel back the layers of this sexy, complicated, caring man. In the process, she not only discovers his secrets, she finds herself falling for a man who touches her heart in a way she never thought possible. Her entire career is riding on this one explosive interview, but can she bear to repay Garrett's trust by selling his secrets? Or can a woman who gave up on happiness a long time ago learn to believe that all it takes to rescue a lost heart is the love of a good man?The Dogfather Series Every love story in this completed nine-book series begins and ends with a dog. And a little help from The Dogfather. **Every cover features a rescue dog and a "local hero" from Alaqua Animal Refuge in Florida, and a portion of book sales has been donated to this amazing shelter!**Daniel Kilcannon is known as "The Dogfather" for a reason. It's not just his renowned skills as a veterinarian, his tremendous love of dogs, or the fact that he has turned his homestead in the foothills of the Blue Ridge Mountains into a world-class canine training and rescue facility. Ask his six grown children who run Waterford Farm for him, and they'll tell you that their father's nickname is due to his uncanny ability to pull a few strings and get what he wants. And what he wants is for his four sons and two daughters to find the kind of life-changing love he had with his dearly departed wife, Annie. This old dog has a few new tricks...and he'll use them all to see his pack all settled into their happily ever afters! THE COMPLETE DOGFATHER SERIESSit...Stay...Beg - Book OneNew Leash on Life - Book TwoLeader of the Pack - Book ThreeSanta Paws is Coming to Town - Book Four (holiday novella)Bad to the Bone - Book Five Ruff Around the Edges - Book SixDouble Dog Dare - Book SevenBark! The Herald Angels Sing - Book EightOld Dog New Tricks - Book NineAbout the AuthorPublished sinced 2003, Roxanne St. Claire is a New York Times and USA Today bestselling author of more than fifty romance and suspense novels. In addition to being a ten-time nominee and a one-time winner of the prestigious RITATM Award for the best in romance writing, Roxanne's novels have won the National Reader's Choice Award four times and have been translated into dozens of languages. A recent empty-nester, Roxanne lives in Florida with her husband and two dogs.