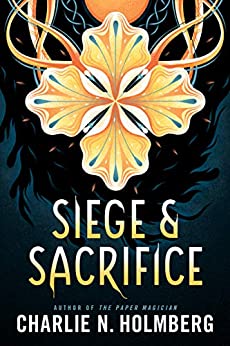 From the Wall Street Journal bestselling author of The Paper Magician Series comes the enthralling climax of a cataclysmic war between monstrous creatures.Sandis has finally freed herself from her master and his plans to use her as a vessel for the ancient beast Kolosos. But her master has found a new, impossible vessel: Sandis’s brother, Anon—a brother she long thought dead.Kolosos is ancient, massive, and seemingly unbeatable. Fortunately, Sandis has her own monster—an ethereal fire horse that she can summon at will. In addition, she and Rone may have discovered the secret to defeating Kolosos: ancient lore that details the creation of magic. It could be the key to victory and the key to saving Anon.The price is steep, and Sandis is willing to pay it. Rone is not, and his attempt to save her only pulls them apart. As both are tested in ways they never expected, Sandis and Rone will need to determine the sacrifices they are willing to make. If their efforts are not enough, their city will fall…just as the ancient city beneath it already has.