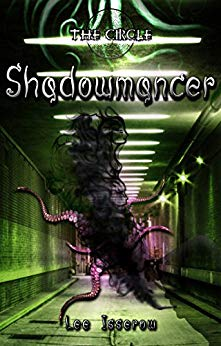 Mystical espionage agency vs. Lovecraftian horrors.Jules was born with a gift, but only used it for small and selfish reasons.That will change as he's inducted into The Circle, a mystical espionage agency that is tasked with saving an unknowing world from malevolence that hides in the shadows.And Jules knows shadows all too well; he can command them to do his bidding...But it's not just The Circle that has their eye on Jules.There's another magician that watches him, intervening in his life, trying to put him on a path to discover the truth.Because The Circle is not what it seems. The world is not as it seems...And soon, Jules will have to choose between the status quo or the greater good.Either way, the lives of everyone he loves are on the line...Shadowmancer channels Lovecraft via Neil Gaiman. A non-stop magic thriller that winds and weaves familiar contemporary fantasy tropes in new and exciting ways.What readers are saying about The Circle series"Lee has created characters that slide their way into your heart.""Imaginative, creative and fast-paced""Calls out for a Hollywood treatment" "Will take you out-of-this-world!" "Poe in all his uniqueness doesn't hold a candle to this Creator" "Devlishly wild, unforgiving and surprising!" Titles in The Circle chronologyMurder at Raven's Lodge (Freelancers case files #1) - FREE!The Spirit Box (The Freelancers #1) The Loiterers (Freelancers case files #2) - FREE!Shadowmancer (The Circle #1) The Roving Death (The Freelancers #2)The Knowledge (The Circle #2)The Prince Of Darkness (The Freelancers #3)Red Rain (The Circle #3)Spirited Words (The Freelancers #4)Snake's kin (The Freelancers #5)The Night Garden (The Freelancers #6) - Seed of Evil (The Freelancers #7) - The First Men (The Circle #4) - March 2018Colossus Reign (The Circle #5) - April 2018