Shadow of the Moon 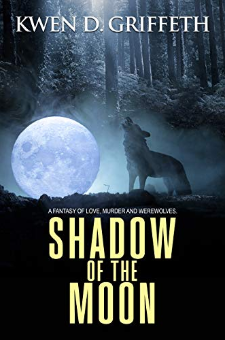 A Brutal Murder Uncovers A Paranormal ThreatThe grisly murder of a diplomat’s son in Central Park draws NYPD Detective Gerald Meeker and FBI Special Agent Andee Trakes into a twisted and confusing investigation. Within hours, the evidence indicates the man was executed in the manner saved for werewolves. Andee Trakes is assigned to liaison with a history professor, who is an expert on folklore and legends.??? The Professor’s Secret Makes For An Uneasy AllianceProfessor Alwyn Lloyd, handsome, articulate and successful, not only agrees the method of death was indeed an execution, he claims to be a werewolf. Andee is torn between her romantic interest in the man and the suspicion to arrest him.From the initial killing in the park, a bloody spree is ignited that soon has Andee and Alwyn forced to work together to protect themselves and family members. ??? Unlike Any Werewolf Story You Have Ever ReadShadow of the Moon explores the good and bad that exists within the world of werewolves, revealing both what is beautiful as well as ugly about the wolf. The story is fast paced and full of interesting characters and several twists and turns to keep both the fantasy as well as the suspense and romance enthusiasts entertained. Scroll Up And Grab Your Copy Today!