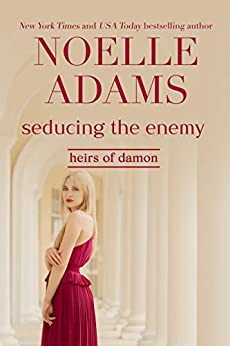 Having lived a sheltered life, Marietta Edwards wants to indulge in pleasures that are entirely new to her, so she begins by seducing a sexy, mysterious stranger.  Only after their one-night stand does she learn their families have been embroiled in a fifteen-year legal battle and the man she's given herself to is her worst enemy.

The heir to a vast fortune, Harrison Damon believes the unforgettable night he spent with Marietta in Monte Carlo is just a fling, an escape from his responsibilities. Then he discovers she is an Edwards—the family he despises most.