Secrets from the Edge 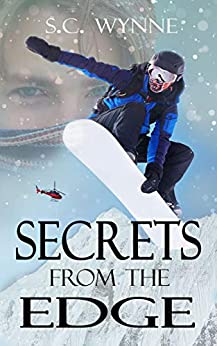 Once a rising super star in the competitive world of snowboarding, Keith Williams is grappling with the results of a horrible crash that almost wrecked his body and ripped his confidence from him. Four surgeries later he’s struggling with debilitating fear, but trying to hide it, even as he forces himself to fight his way back to his number one spot.

Keith grudgingly agrees to take part in a snowboarding documentary his buddy is shooting. He hopes that the documentary will help entice sponsors to return and get him back on top where he belongs. Unfortunately, a reporter is also coming along on the shoot.

Jesse Royce is a journalist embedded on the snowboarding documentary. Keith and Jesse have a past sexual relationship, but Keith knows he still needs to hide his lack of nerve from his ex-lover. Jesse is looking for a juicy story, and Keith can’t afford to let his guard down.

Unfortunately, Keith’s loss of nerve isn't the only secret he’s keeping; he also has a dark, heartbreaking past he’d rather no one knows about.

But no matter how much Keith hates it, no secret can stay hidden forever.

Secrets From the Edge is a 53,000 word story about recapturing courage and learning to trust and love again. This is a re-release originally published in 2015.