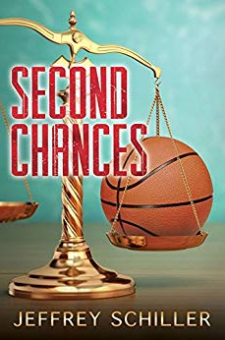 Bobby Carroll has overcome a gambling scandal to resuscitate his career as a college basketball coach when a star recruit, Kevin Murphy, is found dead shortly after receiving a recruiting visit from Carroll. When the police, led by a nemesis from his gambling days, call him in for questioning, Carroll turns to his friend and college teammate Dan Gold, formerly a federal prosecutor who was instrumental in keeping Carroll out of jail during the gambling scandal, and now a civil litigator at a mid-sized Chicago firm. Gold's dual background in civil and criminal law proves to be invaluable when Murphy’s mother opts to file a civil action against Carroll before the criminal investigation is complete. This development leaves Gold and his legal team fighting a two front legal battle, while Carroll continues to coach his basketball team amidst call for his suspension, internal scandals, and the sudden re-emergence of an old relationship.While Gold tries to balance the need for a thorough investigation against his client’s desire for a speedy resolution, he discovers that many who were close to Murphy and/or involved in his recruitment have personal secrets to hide, and that Murphy may have know about them. The secrets provided ample motivation to those individuals to silence Murphy. When Gold follows the evidentiary trail, he encounters stunning betrayals and experiences personal danger. Eventually, Gold uncovers shocking truths about who was responsible for Murphy’s death, the reason that it happened, and the secrets which the killer and others sought to conceal. He must then decide what to do with what he has learned while balancing his legal, ethical and moral responsibilities with his loyalty to a friend and client.Set against the backdrop of a sport awash in billion dollar television contracts, multi-million dollar salaries for coaches and professional players, and kickbacks to agents and boosters, Second Chances explores the consequences of a corrupt and secretive culture where everyone is susceptible to the lure of fame and fortune…and also to the threat that their secrets and machinations will be revealed.