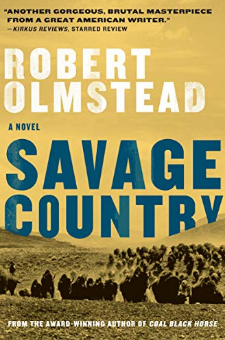 A “gorgeous, brutal masterpiece” of loss, survival, and buffalo hunting in the nineteenth century Midwest by the “great American writer” of Coal Black Horse (Kirkus Reviews, starred review).Michael Coughlin, a Civil War veteran with an enigmatic past, arrives in Kansas to settle his dead brother’s debt. There he finds his widowed sister-in-law, Elizabeth, bankrupted by her husband’s folly. Her last hope to salvage something of her former life rests in the dangerous buffalo hunt her husband had been planning—a hunt that Michael and Elizabeth will now embark on together.Plunging south across the “dead line” between Kansas and Indian Territory, nothing could have prepared them for the dangers: rattlesnakes, rabies, wildfire, lightning strikes, blue northers, flash floods—and human treachery. With the Comanche in winter quarters, Elizabeth and Michael are on borrowed time, and the cruel work of harvesting the buffalo is unraveling their souls.Savage Country follows an infamous hunt that drove the buffalo to near extinction, and tells the intimate story of how that hunt changed Michael and Elizabeth forever.