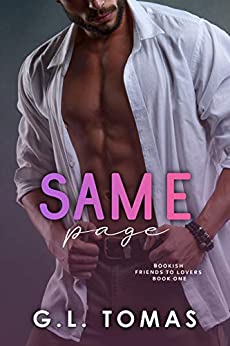 New to Providence, RI, Naima Adewunmi had every intention of fulfilling everything she left her New York borough for, finishing up her Bachelor's degree and finding a job while doing it.

She wasn't supposed to fall for Timothy Ferreiro, a smooth, slick talking, sexy specimen of a man, messy bedhead hair included, who also happens to be her new boss. From first wink she was under his spell, which wouldn't be a problem if there weren't one underlying issue: Tim's got a long distance girlfriend.Drama unfolds in a tale of will they or won't they in this steamy office romance. Can two people in a messy game of attraction find themselves on the same page?

Note: This is the second edition printed of this book. It features bonus chapters that were not featured in its first edition.*Same Page Book One in a 4 part series. It is suggested purely for Mature audiences due to strong sexual content and slight drug use.