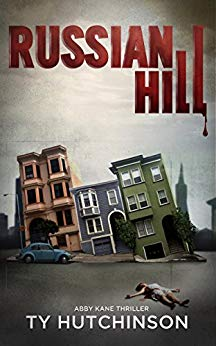 A serial killer. An elaborate game of death. Who’s ready to play?A killer is loose in San Francisco, and he’s collecting body parts. FBI Agent Abby Kane believes a dead hiker found ten miles north of the city is the key to solving those crimes.The more Abby digs, the more she begins to think the killer is playing an elaborate game and there’s an audience cheering him on. But to catch the monster, she’ll have to join in his twisted game.What Amazon readers are saying:????? This very inventive plot grabs you and doesn't let go.????? The sheer audacity of the motive for the murders is ingenious.????? The thrills and suspense right up to the very last page are incredible.????? The characters, the plot, and the horrific game are all twisted together for an engrossing read.????? Russian Hill has a surprise left after you think the story is over.????? This is a story without a brake pedal.????? Once you think the mystery is solved the action kicks off into a whole new gear.????? Great brain teaser.????? The characters were fascinating and the plot, while terrifying, was very believable.????? Surprisingly fresh and the main character is a departure from the typical FBI suit.????? The brilliance behind the words is pure genius. I love the idea of Chasing Chinatown.????? The suspense is intense even when you think you know what will happen next.????? Wildly entertaining.????? One of the best law enforcement novels I have read recently.????? This could make a great FBI thriller movie, or better yet, a mini TV series.????? Hutchinson's writing style reminds me of James Patterson's.????? I haven't found many books with Asian protagonists, so the diversity was refreshing.????? A compulsive, gripping thriller full of high-energy twists and turns.????? Get some good green oolong tea, a few rice cakes, and sit back and start reading.Grab Russian Hill, the first book in this fast-moving, action-packed trilogy.