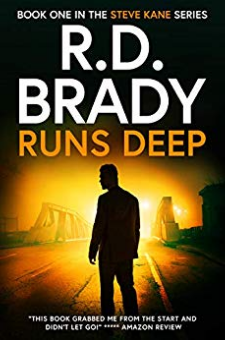 A life threatening storm is the perfect hunting groundfor a serial killer looking to playTen years ago, Simone Granger was killed in the sleepy little town of Millners Kill. Steve Kane, then sixteen, was quickly arrested and convicted. But Steve knows he's innocent. Someone else took the life of his best friend's sister.Now Steve is on parole, and he is forced to return to the town that hates him. Steve would rather be anywhere than Millners Kill, but at least in his hometown, he's got his grandmother, his brother, and State Police Investigator Declan Reed on his side. And Steve intends to make no waves. He just wants to get his life back.But someone else has different plans.As the storm of the century hits Millners Kill, the bodies begin to pile up, and Steve is the only suspect. A town is losing its grip, and all their rage is focused on one man.Steve knows he's an innocent man. But will anyone give him a chance to prove it?Fans of James Patterson, L.T. Vargus, Rachel Caine, T.R. Ragan, and David Balducci will love Runs Deep.What Readers Are Saying:"This is one of those books that you can't put down.""R.D. Brady is a phenomenal writer. This book grabbed me from the start and didn't let go! I was totally blindsided. Loved it!""Started it one afternoon and couldn't put it down.""It has everything you'd want: a serial killer on the loose in a town cut off from the outside world by a storm, a likable convict who is probably being framed, several suspects, as well as lots of twists and turns."