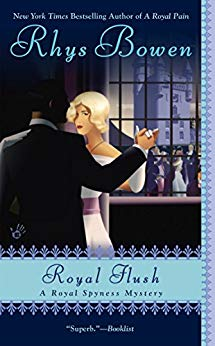 Lady Georgiana must outwit two clever hunters who are after the Prince of Wales in the third novel in the New York Times bestselling Royal Spyness Mystery series.Scotland, 1932. Back home until a little London scandal blows over, minor royal Lady Georgiana Rannoch has two equally important objectives. Queen Mary wants Georgie to keep the divorced, American, and entirely unsuitable Wallis Simpson from seducing the Prince of Wales, while Scotland Yard wants her to stop one of the members of the shooting party at Balmoral from turning their sights from the quails to His Royal Highness...