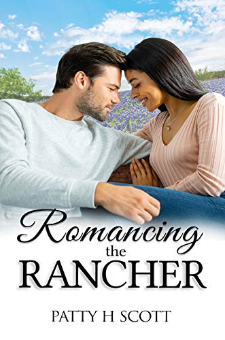 She's got a thing for a man in a Stetson. He's been restless. Then he met her. Patrice visits Hill Country Texas on a girlfriend getaway. When Ryder arrives at the Bradshaw property where Patrice is staying, she quietly appreciates his Southern manners and good looks. But, she's living in Los Angeles where she's climbed her way up in the fashion industry. He's everything she wanted, but is she willing to let go of her career and stability to have him?Ryder's life is cattle and oil. It's all he's known and it's been all he's ever wanted. Lately he's feeling restless. Ranch life doesn't satisfy like it always has. If he's going to find a woman, he doesn't want to settle. Patrice isn't like any other woman he's met. Being from different worlds makes forging a lasting relationship unrealistic. How can Ryder preserve his ranching legacy while pursuing love? Neither Patrice nor Ryder can deny the attraction building between them.When they finally try to pursue a relationship, both of their families surprise them with opposition. Will their differences and distance put too great a wedge between them? Can they overcome obstacles and find their way to common ground?Will they find their happily ever after, or will they be forced to separate despite the way they feel for one another?