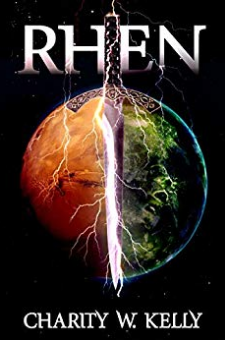 Seventeen year old Rhen would like nothing more than to crush the Thestrans. After all, their ruling family abandoned him as a young child to be raised by Surpen's cruel king. Now, as commander of the Surpen army, Rhen is sent on a spy mission to learn the Thestran's weaknesses. When his mission takes an unexpected turn, he finds himself suddenly enrolled at the Thestran's elite University. Dropped among his enemies, Rhen must find a way to juggle the politics of the two royal families who claim him, while hiding his powers and learning how to become a true leader. What Rhen doesn't know is that his choice will decide the fate of the entire Universe.