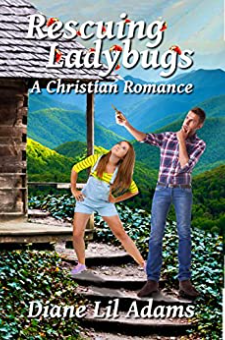 Maura's parents got a divorce when she was eight and she hasn't seen or spoken to her dad for seventeen years. When she inherits her grandparents' cabin in the mountains of North Carolina, she is shocked and curious. She persuades Paige, her mother, that they should go and stay in the cabin for a few days before they list it for sale. Jason is a carpenter by trade, but he's willing to help a friend by exterminating Maura's house. She persuades him to give the ladybugs a reprieve, and by time they part, each is trying to think of a good excuse to contact the other.Paige realizes that Maura and Jason are falling in love and does her best to discourage the relationship. When Maura insists on remaining in North Carolina, Paige flies back to Missouri without her.No one predicted that Maura's father would show up. The story he tells doesn't match facts with the story Paige has told, and Maura is convinced that neither of her parents deserve her forgiveness. According to Jason, that's why it's called grace ...