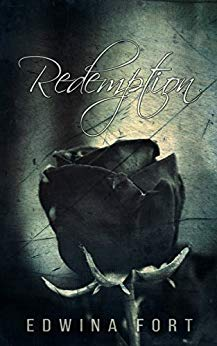 You Have Never Read Beauty And The Beast This Way...“It feels crazy!” I cried turning to look at him, but the words I was going to say next died in my throat.The man in white was gone and standing there dangerously handsome in all black, looking fierce like the beast so many accused him of, was Gabriel Calhoun. He was so much bigger up close than he had been from across the room.I took a step back. I think that maybe I should scream for help, but it was something in his deep midnight gaze that caused me to stall. It was as if it could see straight through me and into my soul. Even with the drugs in my system, my heart began to pound loudly in my chest. The power that came from this man was breathtaking. I put my hand to my throat as if that alone would protect me from him.He was king!Nothing about him said flexible. Everything about him said that he was extremely dangerous, like Ms. Willie Mae’s bipolar bull. I sucked in my breath sharply when my back came up against the velvet table. I wasn't even aware I was still taking steps back.He slowly walked toward me. I knew that I should run, but this powerful man was looking at me as if… as if he wanted me.  I mean, really wanted me—not like Reggie, or Crush. Not like Mayor Davenport or the man in the white that said he suddenly had a taste for chocolate pie. The way this man was looking at me bypassed the want I had seen in any of their eyes.“What do you want?”My voice shook as I looked to the side to see if there was anywhere else for me to move. He was cornering me and I felt like a gazelle moments before it became prey to a lion.“A taste.”Warning: This book contains a goon. And yes, he's gotten his name as the Beast of New York legitimately. But I promise this is not your typical hood story, and like nothing you've read before. By entering these cover's you are getting ready to witness the diadem shift. All of my goons are highly educated. And they treat their women like the rare jewel's that they are. So be brave and one click, and welcome to my mind.