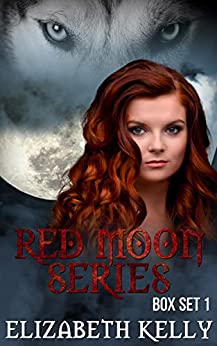 Immerse yourself in a post apocalyptic world where vampires feast, Lycans rule, and humans fight for survival.

For humans and paranormals.

Avery is the eldest daughter of the man who brought light back to the world in the aftermath of the Great War’s destruction. Now her comfortable life has taken a turn for the worse.

Branded as a witch and sold into slavery, Avery’s only concern is keeping her sister safe. When Tristan, a powerful Lycan, is searching for a nanny, he hires her sister and is persuaded to purchase Avery as well.

Despite her attraction to the Lycan, she fears his reprisal should he learn who she truly is. After all, if her own people reject her for her powers, how could he accept her?

Even if Tristan’s obsession with her is more than pure lust, he needs a Lycan for a mate, not a human.

But when she is stolen from Tristan, will he realize what he’s lost and fight for the life they could have?

Bree has spent her entire life struggling to survive in the world built from the ashes of the Great War.

Captured and forced into slavery by the Lycans, her worst fear comes true when she is chosen as the prey for their monthly hunt. She is released into the woods and the hunt begins.

Wounded and dying, Bree is rescued by a half-Lycan named James. Unique not only for his red hair but also his ability to heal, James is horrified to realize her wounds have been caused by his own kind.

Healed by James and taken in by his family, Bree slowly begins to realize that not all Lycans are cruel.

Confused by her attraction to the Lycan who saved her life, she must learn to trust James and his family in order to save her enslaved brother.

Sophia Williams, a powerful and strong-willed Lycan, never thought she would fall for a human. Yet, she cannot deny the instant attraction she feels for Bree's brother, Kaden. Used to getting what she wants, Sophia pursues him, determined to prove that she can be trusted.

Beaten and enslaved by Lycans, Kaden wants nothing to do with the family of Lycans his sister is marrying into. But his lust for Sophia, the eldest daughter of Tristan and Avery, is undeniable. As lust turns to something deeper he begins to question everything he believes about the Lycans.

When a mutual enemy threatens to destroy their growing relationship, Kaden must put aside his distrust of Sophia's family to save her.