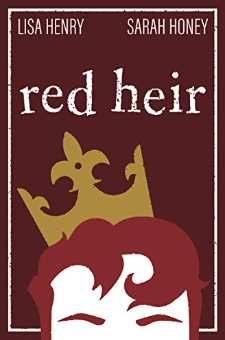 Imprisoned pickpocket Loth isn't sure why a bunch of idiots just broke into his cell claiming they’re here to rescue the lost prince of Aguillon, and he doesn’t really care. They’re looking for a redheaded prince, and he’s more than happy to play along if it means freedom. Then his cranky cellmate Grub complicates things by claiming to be the prince as well.Now they’re fleeing across the country and Loth’s stuck sharing a horse and a bedroll with Grub while imitating royalty, eating eel porridge, and dodging swamp monsters and bandits. Along the way, Loth discovers that there’s more to Grub than meets the eye. Under the dirt and bad attitude, Grub’s not completely awful. He might even be attractive. In fact, Loth has a terrible suspicion that he’s developing feelings, and he’s not sure what to do about that. He’d probably have more luck figuring it out if people would just stop trying to kill them. Still, at least they’ve got a dragon, right?