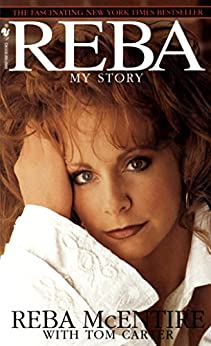 With the same straightforward honesty that made her one of country’s top-selling female recording artists, Reba McEntire tells her phenomenal story.

From her childhood in Oklahoma working cattle with her ranching family to her days on the rodeo competition circuit, from her early days as a performer in honky-tonks to her many awards and a sold-out appearance at Carnegie Hall, Reba relates her experiences with heartfelt emotion and down-to-earth humor. With the same warmth and generous spirit that infuses her music, she introduces us to the most important people in her life: the family and friends who sustain her and the musicians and producers who have inspired her and helped her realize her artistic vision. With great poignancy, she also recounts the lowest points of her life, the breakup of her first marriage and the plane crash that took the lives of eight of her band members; and the highest, her remarriage and the birth of her son Shelby. Her story is not only a chronicle of a remarkable life but a vivid testament of unshakable determination and faith in God.

Reba: My Story is an intimate portrait of one of America’s most beloved and successful entertainers.

NOTE: This edition does not include a photo insert.