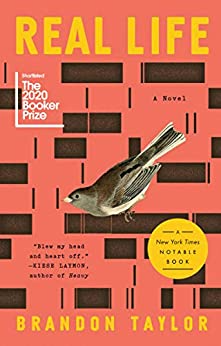 A FINALIST FOR THE 2020 BOOKER PRIZEAND THE NATIONAL BOOK CRITICS CIRCLE JOHN LEONARD PRIZEA NEW YORK TIMES EDITORS' CHOICE “A blistering coming of age story” —O: The Oprah Magazine Named a Best Book of the Year by The New York Times, The Washington Post, New York Public Library, Vanity Fair, Elle, NPR, The Guardian, The Paris Review, Harper's Bazaar, Financial Times, Huffington Post, BBC, Shondaland, Barnes & Noble, Vulture, Thrillist, VICE, SELF, Electric Literature, and Shelf AwarenessA novel of startling intimacy, violence, and mercy among friends in a Midwestern university town, from an electric new voice. Almost everything about Wallace is at odds with the Midwestern university town where he is working uneasily toward a biochem degree. An introverted young man from Alabama, black and queer, he has left behind his family without escaping the long shadows of his childhood. For reasons of self-preservation, Wallace has enforced a wary distance even within his own circle of friends—some dating each other, some dating women, some feigning straightness. But over the course of a late-summer weekend, a series of confrontations with colleagues, and an unexpected encounter with an ostensibly straight, white classmate, conspire to fracture his defenses while exposing long-hidden currents of hostility and desire within their community.     Real Life is a novel of profound and lacerating power, a story that asks if it’s ever really possible to overcome our private wounds, and at what cost.