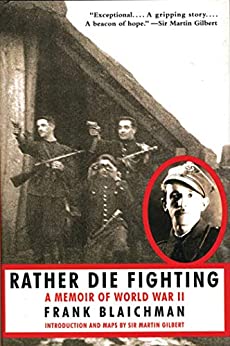 Frank Blaichman was sixteen years old when the war broke out. In 1942, the killings began in Poland. With his family and friends decimated by the roundups, Blaichman decided that he would rather die fighting; he set off for the forest to find the underground bunkers of Jews who had already escaped. Together they formed a partisan force dedicated to fighting the Germans. This is a harrowing, utterly moving memoir of a young Polish Jew who chose not to go quietly and defied the mighty German war machine during World War II.