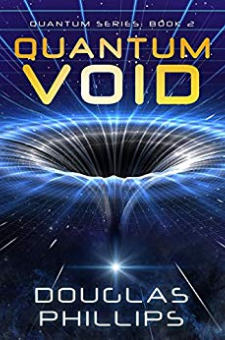 Eight months after the astounding discoveries made at Fermilab…Particle physics was always an unlikely path to the stars, but with the discovery that space could be compressed, the entire galaxy had come within reach. The technology was astonishing, yet nothing compared to what humans encountered four thousand light-years from home. Now, with an invitation from a mysterious gatekeeper, the people of Earth must decide if they’re ready to participate in the galactic conversation.The world anxiously watches as a team of four katanauts suit up to visit an alien civilization. What they learn on a watery planet hundreds of light-years away could catapult human comprehension of the natural world to new heights. But one team member must overcome crippling fear to cope with an alien gift she barely understands.Back at Fermilab, strange instabilities are beginning to show up in experiments, leading physicists to wonder if they ever really had control over the quantum dimensions of space.The second book of the Quantum series rejoins familiar characters and adds several more as it explores the frontiers of human knowledge and wisdom. Of course, it wouldn’t be part of the series if it didn’t have a few twists along the way!