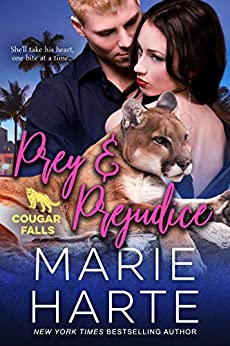 She’ll take his heart—one bite at a time.

Now that the political nightmare over leadership is over, Miles Berman can’t wait to settle back in Miami and focus on his million-dollar businesses. Problem is, everyone somehow thinks he’s the new pride leader—a position he doesn’t want. At. All.

Even worse, Zoe Castille has roared into town, hell-bent on rattling more than a few cages. She wants control of the pride, which includes Miles at her beck and call. But Miles doesn’t bow to anyone. Not even a woman whose painted-on denims turn his brain clear off.

No one plays Zoe, in or out of the bedroom, but she’s confident she can show the arrogant playboy who’s boss. He wears clothes with labels she can’t pronounce, has women flaunting themselves at him, and grates on her last nerve. Yet she can’t stop thinking about him. She soon realizes that to get what she wants, she might have to give in a little. Then Miles shows Zoe the pleasures of relinquishing control.

This title has been previously released.

Warning, this title contains the following: men who growl, a sexy three on one, and hot, steamy encounters between shifters in love