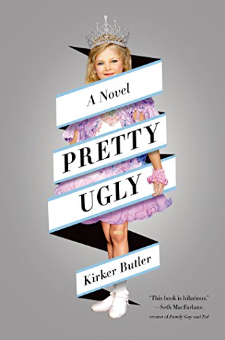 From a writer/producer of Family Guy, a satirical look at a dysfunctional southern family complete with an overbearing stage mom, a 9 year-old pageant queen, a cheating husband, his teenage girlfriend, a crazy grandmother, and Jesus.After eight-and-a-half years and three hundred twenty-three pageants, Miranda Miller has become the ultimate stage mother. Her mission in life is to see that her nine-year-old daughter, Bailey, continues to be one of the most successful child pageant contestants in the southern United States. But lately, that mission has become increasingly difficult. Bailey wants to retire and has been secretly binge eating to make herself "unpageantable;" and the reality show Miranda has spent years trying to set up just went to their biggest rival.But Miranda has a plan. She's seven months pregnant with her fourth child, a girl (thank God), and she is going to make damn sure this one is even more successful than Bailey, even if the new girl is a little different.Miranda's husband, Ray, however, doesn't have time for pageants. A full-time nurse, Ray spends his days at the hospital where he has developed a habit of taking whatever pills happen to be lying around. His nights are spent working hospice and dealing with Courtney, the seventeen-year-old orphan granddaughter of one of his hospice patients who he has, regrettably, knocked up. With a pregnant wife, a pregnant teenage mistress, two jobs, a drug hobby, and a mountain of debt, Ray is starting to take desperate measures to find some peace. Meanwhile, the Millers' two sons are being homeschooled by Miranda's mother, Joan (pronounced Jo-Ann), a God-fearing widow who spends her free time playing cards and planning a murder with Jesus. Yes, Jesus.A bright new voice in satirical literature, Kirker Butler pulls no punches as he dissects our culture's current state of affairs. It's really funny, but it's also pretty ugly.