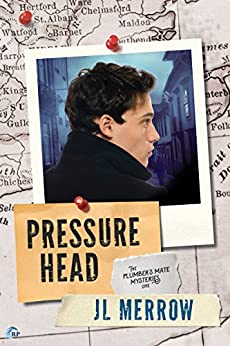 Some things are better left hidden....

Tom Paretski’s not just a plumber with a dodgy hip courtesy of a schoolboy accident. He also has a sixth sense for finding hidden things. Called in by the police to help locate a body near Brock’s Hollow, he’s staggered to encounter Phil Morrison, his old school crush—and the closeted bully whose actions contributed to Tom’s accident.

Phil’s all grown up now, and Tom’s unwilling attraction to him is back with a vengeance. Phil’s now openly gay—and what’s more, he’s interested in Tom’s personal charms as well as his psychic talents. As a private investigator called in by the dead woman’s parents, Phil is sceptical about Tom’s unusual gift, but nevertheless quick to spot its potential to aid him in his work.

The further they go with the investigation, the less they can ignore their shared past, and the more the pressure and the heat build between them. But Tom isn’t certain he wants to know the secrets he’s helping to uncover, while there’s a murderer on the loose who won’t hesitate to kill again—and this uneasy couple is moving right into his sights.

NOTE: This is lightly edited reprint of a previously published novel.