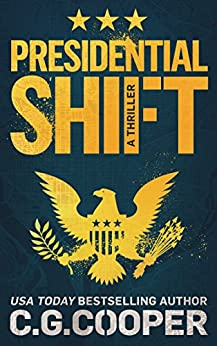 The vice president is dead...The first lady narrowly escaped...What's an embattled president to do?Cal Stokes, former Marine and owner of Stokes Security International (SSI), has had a busy year. Trying to calm his inner demons and forget the tragic loss of his men, Cal dives headlong into his work, taking the battle to the enemy. Now the president needs his help to uncover a leak in his administration and start the long road to cleaning up Washington, and wrestling power back from corrupt officials who threaten to plunge the American government further into the abyss. Will Cal uncover the truth before it's too late? If you like Stephen Hunter's Bob Lee Swagger, WEB Griffin's Killer McCoy, Tom Clancy's Jack Ryan, Lee Child's Jack Reacher, Vince Flynn's Mitch Rapp, and Robert Ludlum's Jason Bourne, you will love Cal Stokes.The Corps Justice series has over fourteen books in total and running, plus multiple spinoffs with its most popular characters. The series has earned thousands of five-star reviews and has been downloaded millions of times to Kindles across the globe.If you enjoy page-turning thrillers loaded with twists, brotherhood above all else, a staunch moral code and non-stop action, Cal Stokes and his Corps justice is for you!Readers are saying..."Cooper got me hooked in the first chapter.""One of the absolute best fiction books dealing with military fiction I have read in a very long time.""I can't say that I have enjoyed any series as much as this one.""Boy is it hard to work when a book is this good. Hard to go to sleep in time."