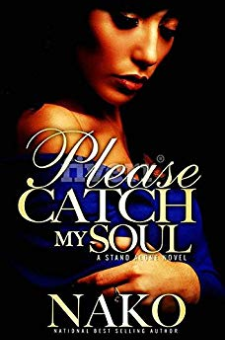 Love him at his worst…was the slogan that most women went by, but what happens when the tables are turned and Cupid shoots the MAN in the heart. Powerful and Passive Malachi Morgan finds his hands full and his heart thumping erraticely for a certain someone but Jade Williams doesn’t feel the same, in fact she refuses to acknowledge his presence in her life, and oh boy is it a powerful presence. Malachi Morgan is that man..the man that everyone has to love because he’s so charming. But not Jade Williams, she could care less what he has and where he comes from. Jade Williams is battling demons that she can’t cast no matter how hard she tries. Sunken in depression and drowned in her own misery, Jade lives a pitiful life and she has grown to accept it. Blaming her past on her future, Jade is stagnant. But, Malachi Morgan is the opposite, in fact his life is just starting. Retiring from The Underworld at the age of twenty-five is considered an accomplishment in the streets and he is prepared to live a new life but not with his baby mama. Aaliyah is considered a mistake but Malachi can never find the words to tell her that, so in attempt to raise his child better then he was he plays house. However, this doesn’t last too long, somehow Malachi unpeels the layers that conceals Jade’s true identity and Malachi is willing to drop it all to be with her, including his family in New York. Whenever they warm up, Jade goes cold again. Malachi can’t seem to keep her feelings consistent for him and what started off as an innocent business dealing turns into a steamy yet drawn out whirlwind of a relationship. Malachi refuses to play hide and seek with Jade’s heart, but she just won’t compromise. In Please Catch my Soul, Jade and Malachi are in constant battle for happiness and love. Jade seeks peace more than anything and on many occasions Malachi comes to her rescue and all she asks him to do is keep her captive and save her soul.The Underworld series includes, Please Catch My Soul, Pointe of No Return, From His Rib, The Christ Family, Stranger In My Eyes, The Arraignment, Resentment, The Arraignment 2 and Redemption thus far...