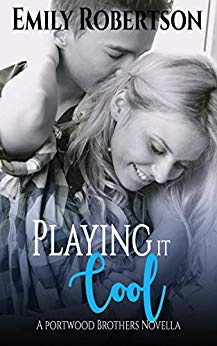 Addison has had her future mapped out since she was a little girl – pre-law degree from the University of Nebraska, getting into a top notch law school, followed by a career as a no-nonsense lawyer. She knows that a husband will come at some point, but she hasn’t figured that part out yet. One thing is certain, it’s not Bryce Portwood, the annoying class clown in her English class.Bryce has never taken anything too serious. Life’s too short to get all worked up and never have fun. The moment Addison Webster opened her mouth, he knew she needed to let her hair down, and he wanted to be the one to help her. Getting Addison to hang out was easy. Getting her to lighten up and trust him, not so much.Bryce has a plan. If he can get her to let go and have fun, maybe she’ll see he’s not so bad. If Bryce can just play it cool, maybe he can prove to her that he can fit into those well-laid plans after all.