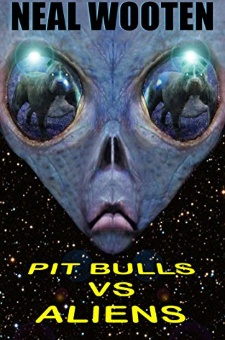 In the year 2050, the problematic buildup of greenhouse gases has been solved, and yet global temperatures continue to rise. As oceans grow warmer and the polar icecaps melt at an alarming rate, marine mammals begin behaving most peculiarly. Thomas Freeman, a conspiracy author and UFO enthusiast, knows the only explanation can be terraforming. Soon his theory is confirmed as aliens arrive to colonize Central America. Thomas joins forces with climatologist Stephen McNair, marine biologist Sally Xie, and SETI physicist Darren Mitchell to uncover the truth before it’s too late. As the intent of the invaders becomes clear, Colonel Benjamin Jamison is called upon to lead a military force to stop them. An impressive show of firepower comes up short as the technology of the aliens proves too much. All hope appears lost until the human comrades inadvertently discover one thing that the aliens cannot defend themselves against—and the earth has millions of them.