Pigeon in the Pinewoods 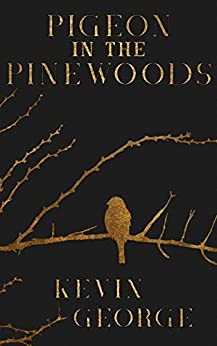 From Kevin George, the author of the Flea's Five Christmases series, comes THE HINTERLAND CHRONICLES, an epic paranormal shifter series for middle-grade readers!

On a dark and stormy night, an unusual baby is born in St. Edward's Hospital. When the nurse tries to question the baby's mother, she finds that the mother has disappeared.

Twelve years later, Nikolas Edwards has bounced from one foster family to another in the city of Mimosa Ridge. He's rejected by them all. When he's finally moved out of the city and to the forest town of Pinewoods, he feels a deep connection with every part of nature. But an attack on one of his teachers shakes the community and rumors spread that mysterious animals are roaming the woods near Nikolas's new home.

Nikolas senses that the attack has something to do with his presence in Pinewoods, as well as the presence of a strange city bird that's been watching him for his entire life. Danger follows him and threatens not just his life, but the lives of the first foster family that's treated him kindly.

Pigeon in the Pinewoods is the first book of The Hinterland Chronicles trilogy and starts Niko on a journey to discover what happened to his real family and why his newfound powers can be so important. . . and so dangerous!