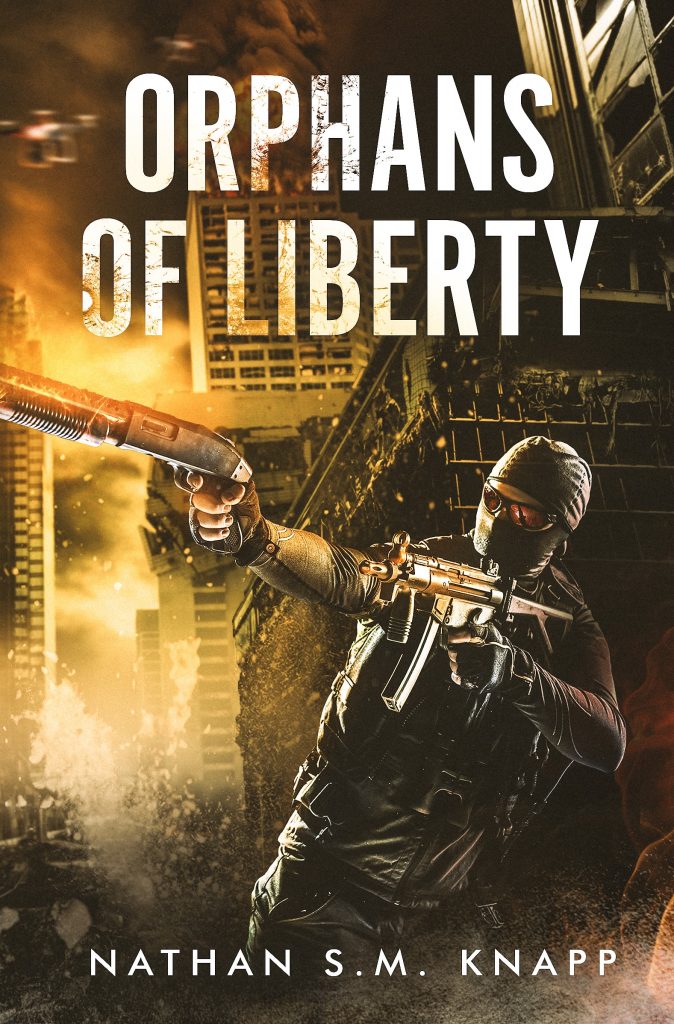 The United States nearly bankrupted itself fighting terrorism. Traditional law enforcement failed. In order to protect its citizens, the government launches the Counter-Terrorism Bounty Hunter Program. Independent citizens arm themselves, using high-tech surveillance and militant tactics to hunt down suspected terrorists. Only the winners get paid.

Omar Issa is a rising star in the Program; capturing terrorists, dead or alive, with seeming ease…until his name appears on the List. Forced to run for his life, Omar’s last hope is a mismatched team of fugitive hackers and a militia of survivalist hicks. Together they will fight to uncover the truth about the List and take down the Program.

Orphans of Liberty is a near-future science fiction action thriller. In Knapp’s world of heart-pounding car chases, hilarious paranoid conspiracy theorists, and dark revelations about the twisted politics in this possible America, innocence is irrelevant and the "truth" cannot be trusted.