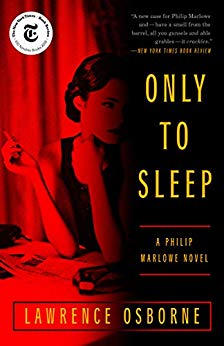 Lawrence Osborne brings one of literature’s most enduring detectives back to life—as Private Investigator Philip Marlowe returns for one last adventure. NAMED ONE OF THE BEST BOOKS OF THE YEAR BY THE NEW YORK TIMES BOOK REVIEW AND NPR • NOMINATED FOR THE EDGAR AND SHAMUS AWARDSThe year is 1988. The place, Baja California. And Philip Marlowe—now in his seventy-second year—is living out his retirement in the terrace bar of the La Fonda hotel. Sipping margaritas, playing cards, his silver-tipped cane at the ready. When in saunter two men dressed like undertakers, with a case that has his name written all over it.   For Marlowe, this is his last roll of the dice, his swan song. His mission is to investigate the death of Donald Zinn—supposedly drowned off his yacht, and leaving behind a much younger and now very rich wife. But is Zinn actually alive? Are the pair living off the spoils? Set between the border and badlands of Mexico and California, Lawrence Osborne’s resurrection of the iconic Marlowe is an unforgettable addition to the Raymond Chandler canon. Praise for Only to Sleep “A new case for Philip Marlowe and—have a smell from the barrel, all you gunsels and able grables —it crackles.”—The New York Times Book Review (Editors’ Choice) “Brilliant. Osborne and Chandler are a perfect match.”—William Boyd, author of Any Human Heart “A Marlowe we at once know, but have never met before. As much a meditation on aging and memory as it is a crime thriller.”—Los Angeles Times “It’s the kind of book where, when you read it, it turns the world to black and white for a half-hour afterward. It leaves you with the taste of rum and blood in your mouth. It hangs with you like a scar.”—NPR