Only One Will Fall 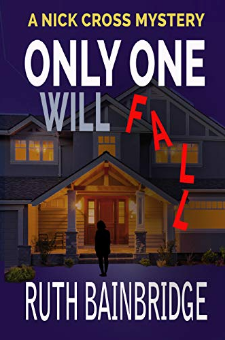 "Fans of Richard North Patterson and James Patterson - you're going to love this!"Murder just got personal. Detective Nick Cross is hard at work repairing burnt bridges incurred during a stormy first marriage when a murder happens. “Only One Will Fall” is the cryptic message sent to the victim’s husband moments before the slaying, but nobody thinks much of it until an identical message is sent to the relative of a second victim. To Nick, it means one thing: Mount Pleasant has a serial killer on their hands. With no motive and no connection found between the victims, the police are helpless to prevent the rampage from continuing. It doesn’t help that the Field Agent sent by the FBI clashes with Nick’s style in handling the investigation. But Nick isn’t done. He decides to take matters into his own hands, unwittingly setting himself up as the next target for a ruthless killer who can’t be stopped.