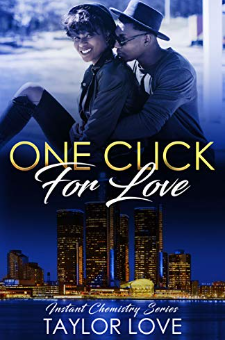 Sexy-Modern-Romance! *Completed Series*Will a spur of the moment decision to update a dating profile, change her life forever?Brihanna Lorde female relatives consider her “un-girly”. When the truth is she’s a modern young woman just trying to live her life. With her brother in newly wedded bless, her family ups the pressure for her to “catch a man.” Which is easier said than done for a semi-loner who so a videogame programmer. Her quirky and independent personality seems to rub men the wrong way. However, she can admit to wanting a real relationship of her own. Taking a chance on a new “match” online, might net her a guy that doesn’t scare easily. All the while exposing her to desires she didn’t even know she had! Lawrence Townsend is a laid back unassuming guy, on the brink of turning thirty. While not looking for love exactly, he’s definitely ready for more than the “hit it and quit it” hook-ups that define the modern dating scene. As an IT Manager his job is constantly hectic and unpredictable. So it’s no wonder he likes to take control in the bedroom. The sexy profile of a woman with a twinkle of mischief in her eyes intrigue him. While her unique personality heats his passions as well. He’s up for the challenge of bending her to his will. But it’s a battle that may bruise both their hearts.