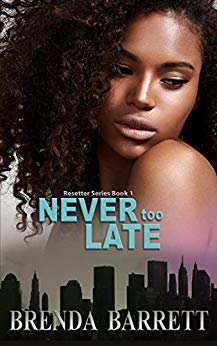 If you could live your life over would you do it?Addison Porter would probably answer no, though she had a slew of regrets starting with her twenty-year affair with Randy. However, on returning to Jamaica on the eve of her fortieth birthday she found out that she was a resetter--one of a special group of persons who can go back in time. Every resetter needed a pathway to connect them to the past and one of the pathways was at her old place.So what's a girl to do? Her cousin, Sky, left a note saying she needed to be rescued from something in the summer of '92. That was also the summer that her brother Josh met and fell in love with Ellie, the woman who broke his heart and derailed his life. It was the summer her uncle met an untimely death. It was also the summer she met Randy!There were so many things she could fix! A summer do-over was just what she and her family needed... but going back was one thing, changing events was another...