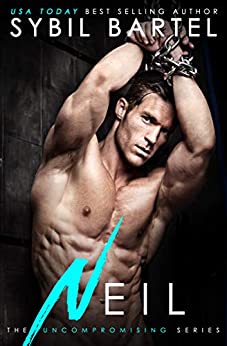 By USA Today Bestselling author, Sybil Bartel comes this heart-pounding, Romantic Suspense series of standalone books about Former Special Forces Military Operatives! Come meet the Alpha heroes who served together in combat, but are now fighting to save the women they love!

Former Danish Military Special Forces, built like a legend, and uncompromising in every way—Neil Christensen didn’t walk into my life. The Viking-sized billionaire crashed through it like a hurricane.
The moment he showed up at my strip club and gave me his piercing ice-blue stare as his deep, accented voice whispered across my flesh like sin, my life fell apart.
Now a gun was pointed at my head and ruthless criminals wanted something I didn’t have—something the Viking took from me. Staring at the billionaire I didn’t trust as he stood between me and a bullet, it hit me…
I wasn’t afraid to die, I was terrified of weathering this man’s storm. Because when a Viking decided to unleash his fury, no one would come out unscathed.

Want more of the Alpha heroes in the Uncompromising series? Read the exciting, companion series, the Alpha Bodyguard Series!