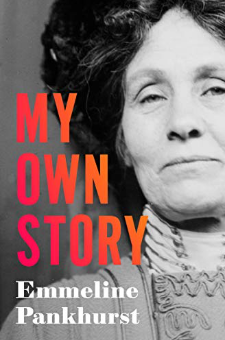 The British suffragette who led the movement to victory tells her story of tireless activism in this political memoir.One of the most influential leaders of the women’s suffrage movement, Emmeline Pankhurst developed a confrontational style of protest that would get her and her followers arrested many times before ultimately winning all women over the age of twenty-one the right to vote. Born in Manchester in 1858, Pankhurst became a dedicated suffragette at the age of fourteen. By 1927, she would run for parliament. Told in her own words, this is Pankhurst’s story of organization and outrage, hardship and hunger strikes, and her dogged determination to dismantle the many roadblocks designed to stop her and all women from claiming their freedom. This fascinating memoir is the basis for the award-winning film Suffragette, starring Meryl Streep as Emmeline Pankhurst.