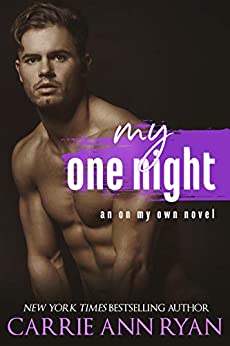 A one-night stand is supposed to end once the sun rises. Only it doesn’t always work out that way in this opposites attract and tortured hero romance.

Elise Hoover never expected this.
She didn’t want to go to another party, but when her friend pulls her in, she somehow finds herself hiding in a corner with…him.
Dillon Connolly.
The smirking, so-called good guy with the shadows in his eyes.
A single glance, a sweet smile, and she lets herself have one night of giving in.
Only she has to promise herself not to fall in love.
No matter the cost.

Dillon never expected her.
Elise haunts his dreams more than he cares to admit. He never thought he stood a chance—until she said yes.
When a single night turns to two, he know he's in over his head, but somehow, she makes him believe he can have anything.
Until the sun rises, and his past along with it.
He thought he'd run from the problems that could hurt them both, but now he's falling for her and he can’t stop.
He knows he doesn't deserve her, but now he has to fight to keep her…or save her from himself.